Troy Kay & Justin Howard (third and fourth from the left) accept the Simplifier of the Year Award.

To celebrate another year of growth, Simplicity Car Care hosted its first annual awards ceremony to honour its top performers across the country. To Simplicity, it’s about more than sales; they honour owners and staff, known as Simplifiers, for leadership, customer satisfaction, and their impact on the community.

The award for Simplifier of the Year encompasses all of those areas, plus their industry involvement and the support they provide to the Simplicity network. This year’s winners, Troy Kay & Justin Howard of the Empire group, consistently rank in the top 5 of every category while operating multiple locations.

The Simplicity WOW! Award for customer satisfaction reflects one of Simplicity’s core values. The Watford, ON store took home this award with a near-perfect score. Scoring an NPS of 99, they demonstrated commitment to customer service. Chantal Cox from the Watford store also received the Leadership Award for her providing the Simplicity Network with exceptional leadership, supporting Simplifiers with direction and sharing best practices across the country. 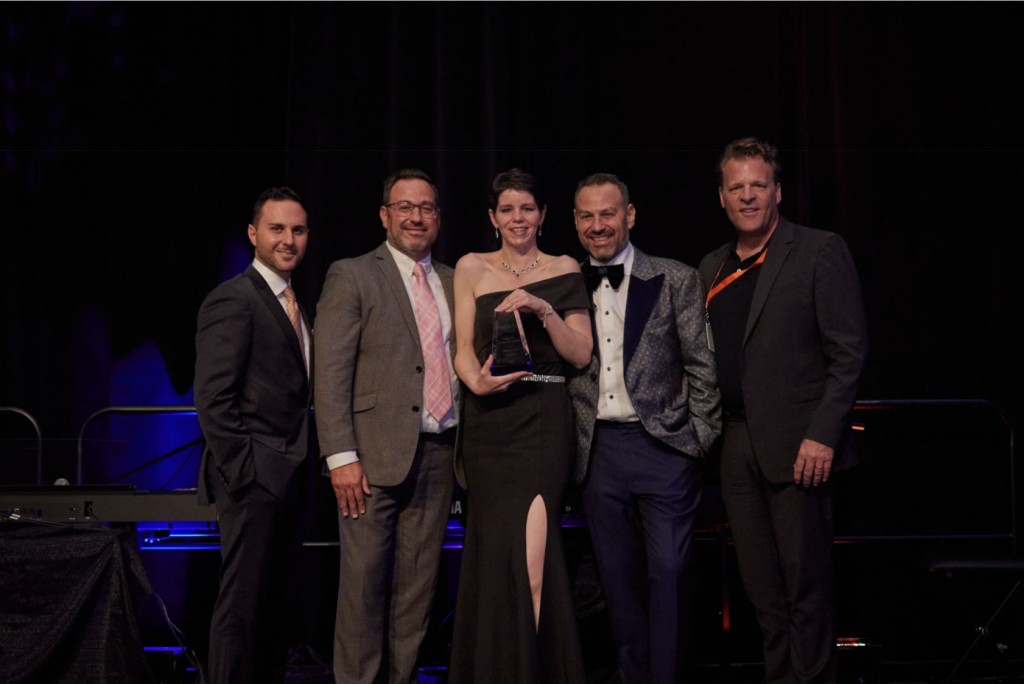 Chantal Cox (third from the left) accepts the Leadership Award for 2022.

Sales and growth awards were also part of the event with the Brampton store being recognized for the highest sales per square foot. It speaks to their ability to make the most of their space. Sam and Maki from Simplicity Car Care Edmonton North won the Growth Award for growing sales by 127% in a year while staying in the top 10 for customer satisfaction. Overall, the prize for top sales went to Calgary Central, one of Simplicity’s flagship stores.

The Best Cycle Time Award is to honour efficiency and speed, especially as it relates to insurance claims. The Ottawa West location took home this year’s prize for the shortest time of 4.4 days from “keys to keys”. Mike and Cathy Nicole of Airdrie won the Brand Ambassador Award for championing the brand in the community and their marketing efforts. One of Simplicity’s newest stores, their social media accounts are leading the way for other stores.

This year, Simplicity also recognized members of the exclusive Multi-Store Operators Club. They are people who value the brand and believe in the company’s potential. Their sizable investments are a critical part of Simplicity’s success. The Empire Group with five stores in Alberta, Harvey & Amrit Gohil with three stores in the Calgary area, Arik Hasson with two stores in Alberta, and Sia Mokhtari with two in Ontario.

Simplicity Car Care is thankful for the many Simplifiers leading the way to a profitable future, as well as positive experience for all Simplicity customers. This the first of many awards ceremonies to celebrate their accomplishments.