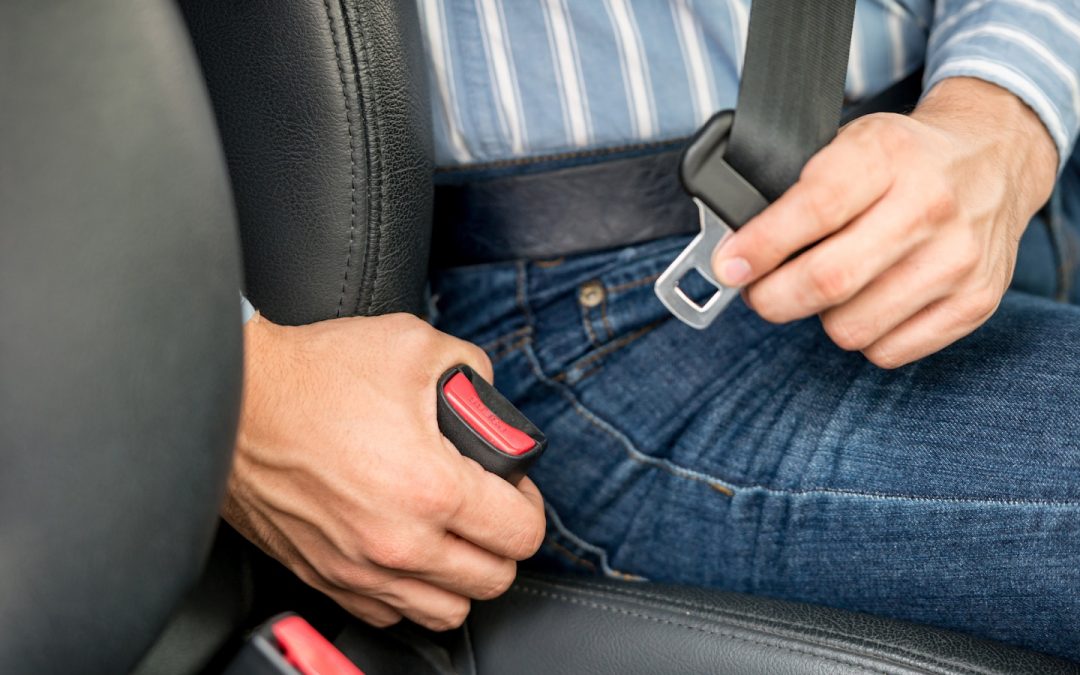 In 1959, Volvo, a car manufacturer, started supplying cars with standard three-point seat belts. Since then, it’s estimated  these seat belts have saved over a million lives globally, making them one of the most important safety modifications in cars. Before this change, fatalities in car accidents were likely in collisions at any speed. Following the three-point belt innovation, fatalities occurred only over sixty kilometres an hour.

In a crash, the seat belt will distribute the force of stopping across the wearer’s torso and pelvis, areas  supported by the rib cage and other bones, minimizing the effect of the crash on the wearer. The seat belt is made of a single, contiguous length of nylon or polyester filament yarns that have a little stretch but are sturdy and strong enough to hold a person in place in a crash.

For a seat belt to work correctly, it has to be worn correctly. Some drivers and passengers wear the belt too high and expose their bellies to possible injury. Some slip the shoulder belt behind them because they find it irritating but then are as prone to head injury (or even flying out of the car) almost as much as a person not wearing a seat belt.

If you’re pregnant, the lap belt should be worn below the stomach, and the shoulder belt over the shoulder and between the breasts. Small children can’t wear seat belts safely, so they must ride in a car seat.

The risk of not wearing a seat belt

A seat belt reduces the risk of being killed or seriously injured in an accident by half. The higher the speed, the greater the impact. If a car crashed at the following speeds, it would be similar to falling from the listed heights below.

If you’re not wearing a seat belt, your body will be thrown around in the vehicle’s interior or, worse, thrown free.

Seat belts could mean the difference between surviving a crash and not, even at slow speeds. If travelling a short distance, remember you still need a seat belt.

If you’ve been in an accident, hopefully it was minor. If you need help repairing your vehicle, bring it to Simplicity Car Care for the full range of services, from damage assessment to dealing with the insurance company to getting your repaired vehicle back on the road.